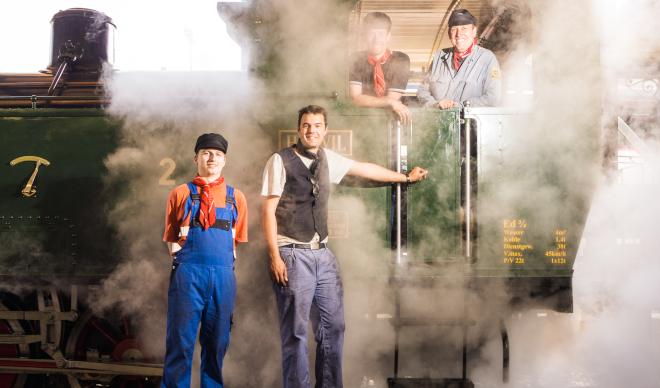 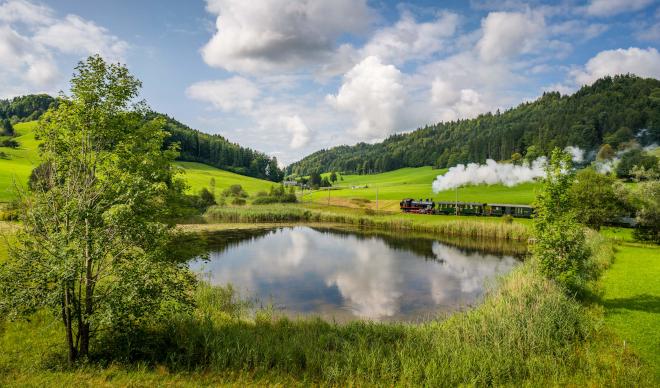 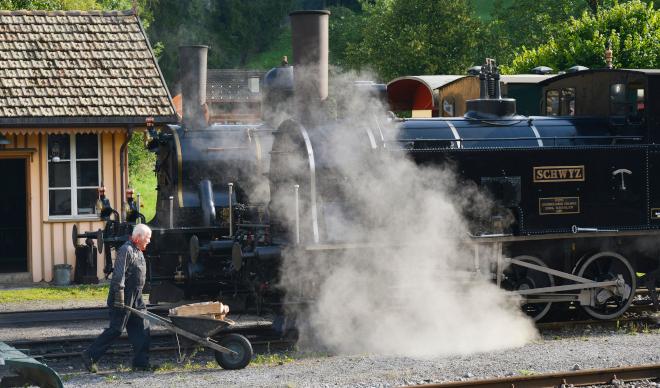 Pictures (3)
From Bauma to Hinwil the hissing and puffing steam train winds through an amazing countryside. Sitting on the wooden bench and with the smell of coal in your nose, you travel through time in the Zurich Oberland.

A journey through time

In 1901, the Uerikon-Bauma train officially ran on the new tracks for the first time. The founder of this railway was the railway pioneer Adolf Guyer-Zeller, who also operated the cotton spinning mill in Neuthal and built the Jungfrau Railway. However, the Uerikon-Bauma train was not profitable in the long term and the general assembly decided to liquidate the company in 1948. Today, the historic steam trains remind us of the time when trains hissed and puffed through the countryside several times a day.

Former train conductors have fond memories of that time. The atmosphere was informal and they had a lot of time to chat because the stations were far apart. But there were also exciting moments. Erwin Bergmann, a former train conductor remembers: “A horse, startled by the train, ran across the tracks and was caught by the locomotive. Because there were no mobile phones yet, the train conductor had to hurry to the next farm to organize a tractor for the rescue.“

Nostalgia rides in the Zurich Oberland

Steam trains run every first and third Sunday from May to September between Bauma and Hinwil. On every Sunday with a public steam train service, historic buses also depart for various sights in the Zurich Oberland.

Reserve a table in the buffet car for an aperitif or a snack.

Discover the area with your group. Trains of the Steam Train Association Zurich Oberland (DVZO) are allowed to operate on all tracks of the Zurich Oberland.

Please check out the timetable on www.dampfbahn.ch.